Note: During the course of this presentation we wish to establish the definition of matter and the relationship between matter, elements, atoms, molecules and compounds. This hierarchy sometimes confuses students. 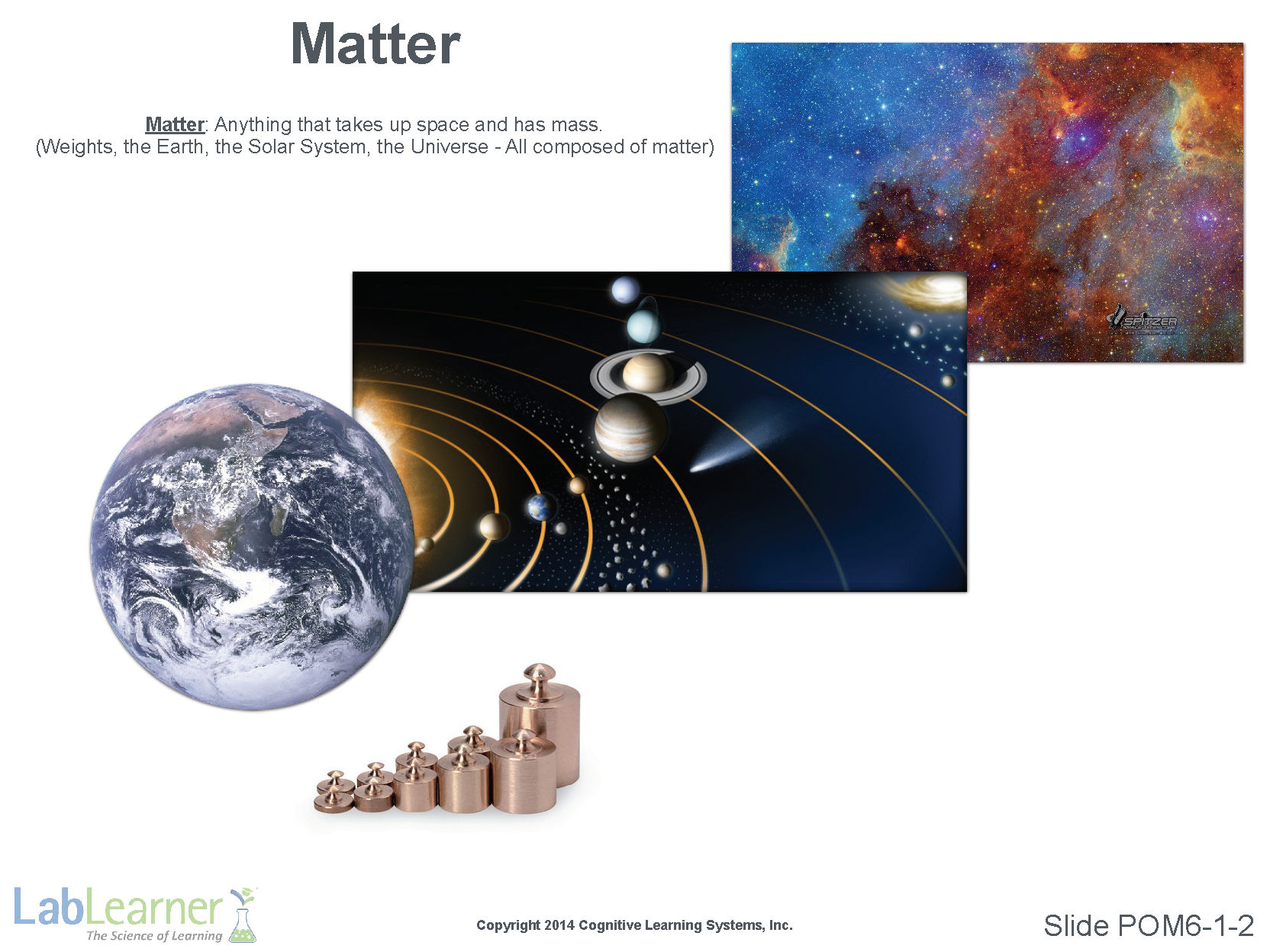 Note: The weights at the bottom are masses students will be familiar within LabLearner by grade 6. 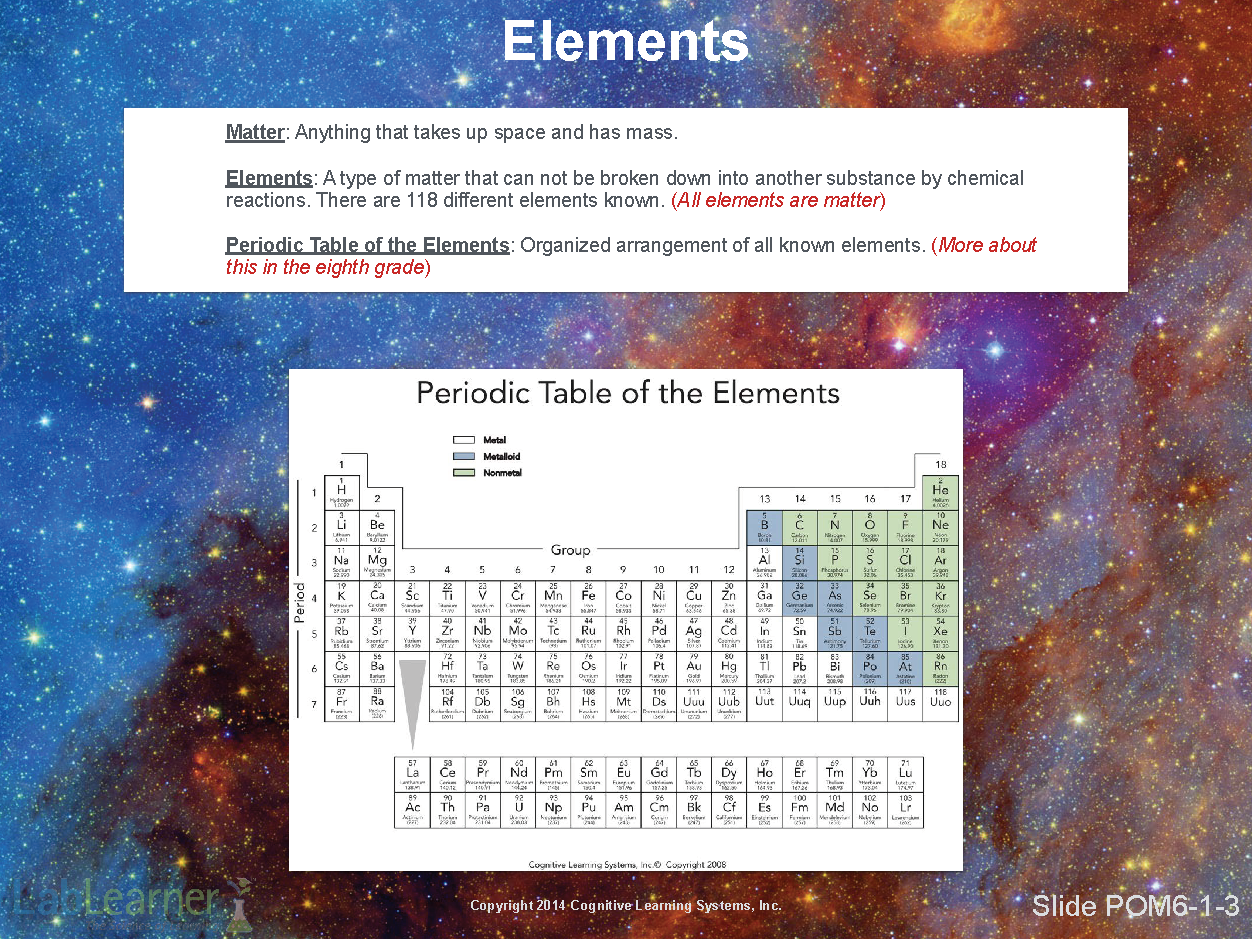 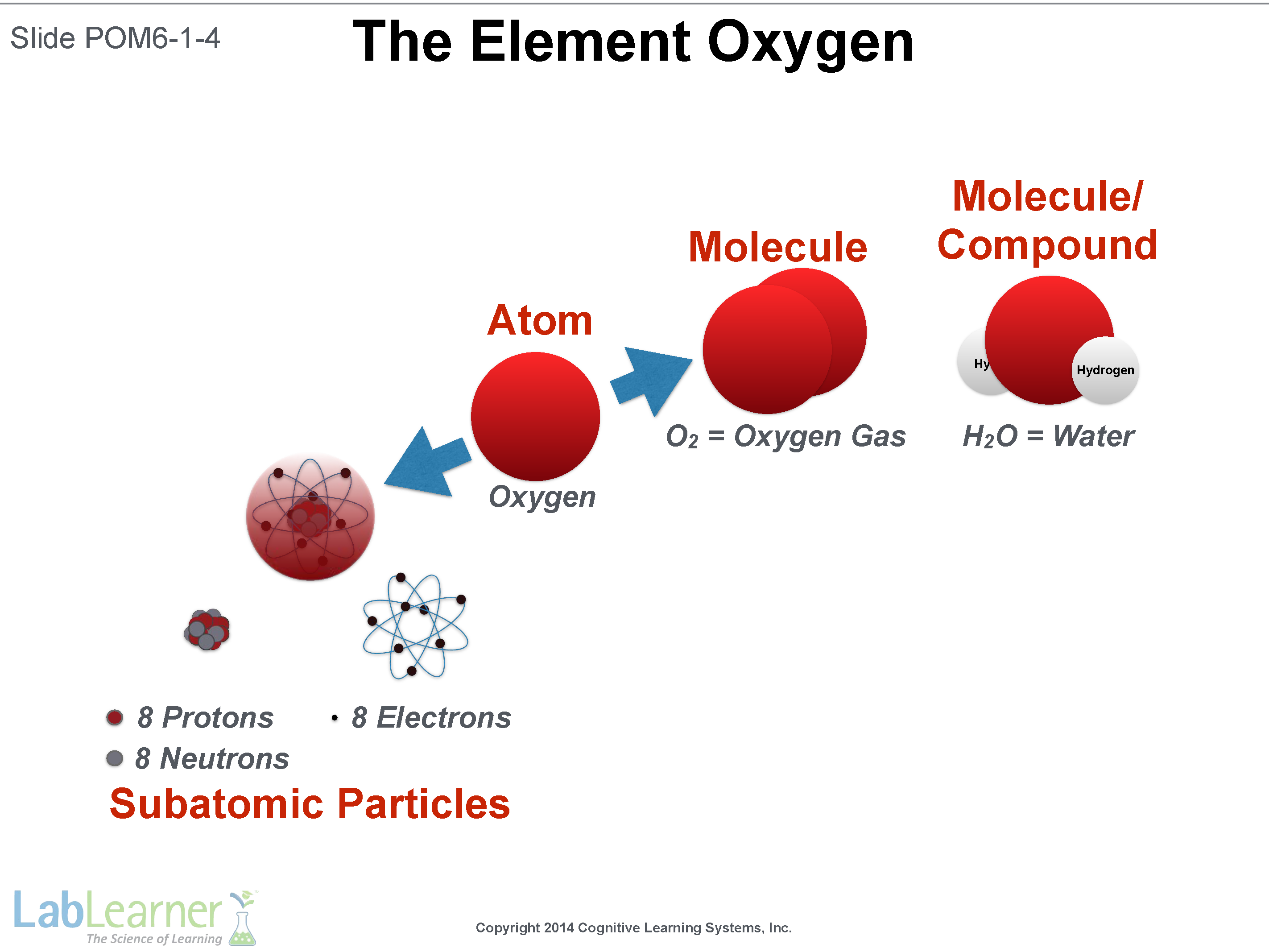 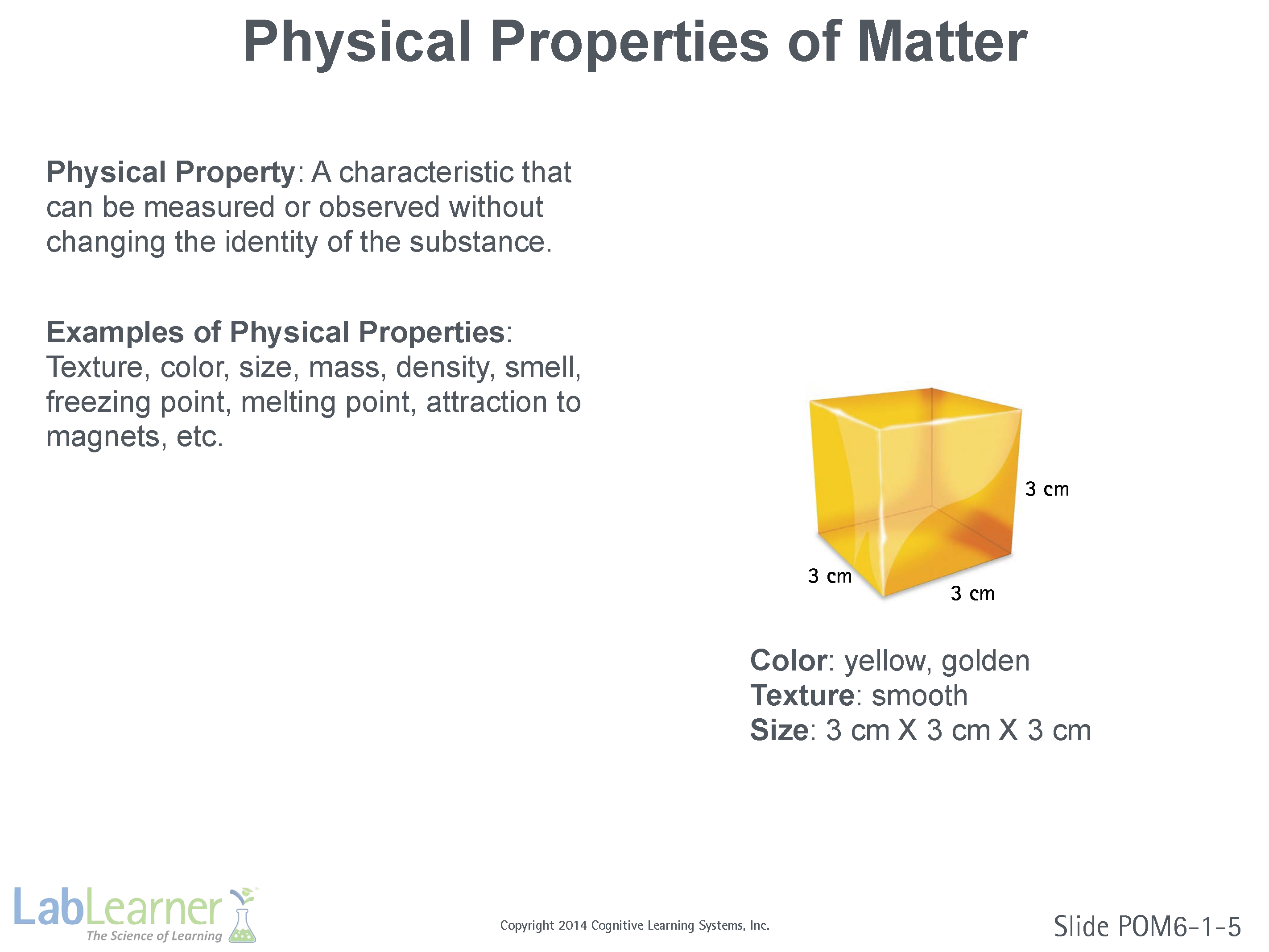 Note: Students will be examining various compounds in the lab throughout this CELL. In Investigation 1, they will be asked to examine samples and record observations about their physical characteristics.

Note: Physical properties are typically adjectives. Therefore in lab make sure students include many words to describe their unknown samples as it is not only good practice for developing scientific observational skills, but also for descriptive vocabulary use as well! 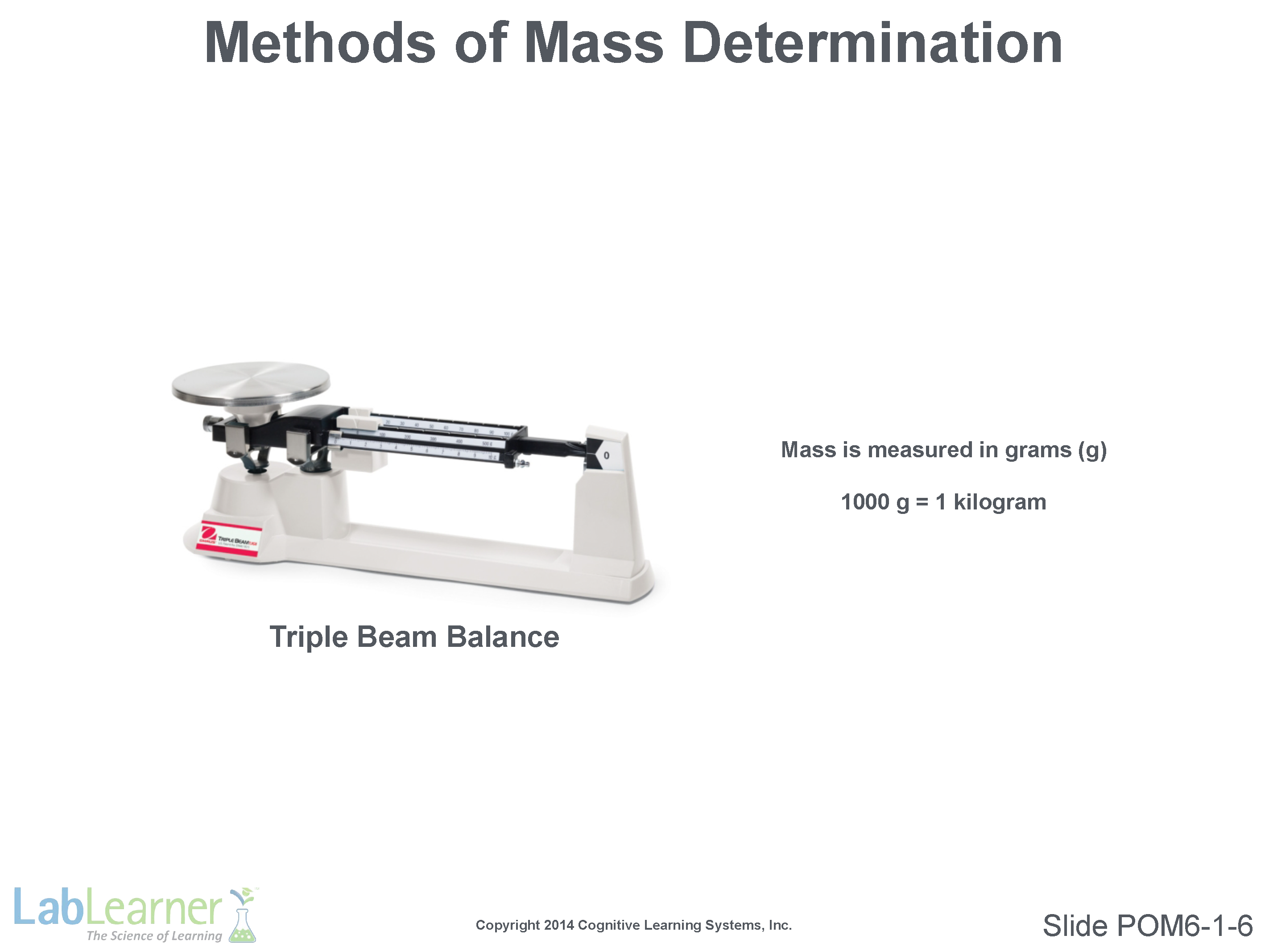 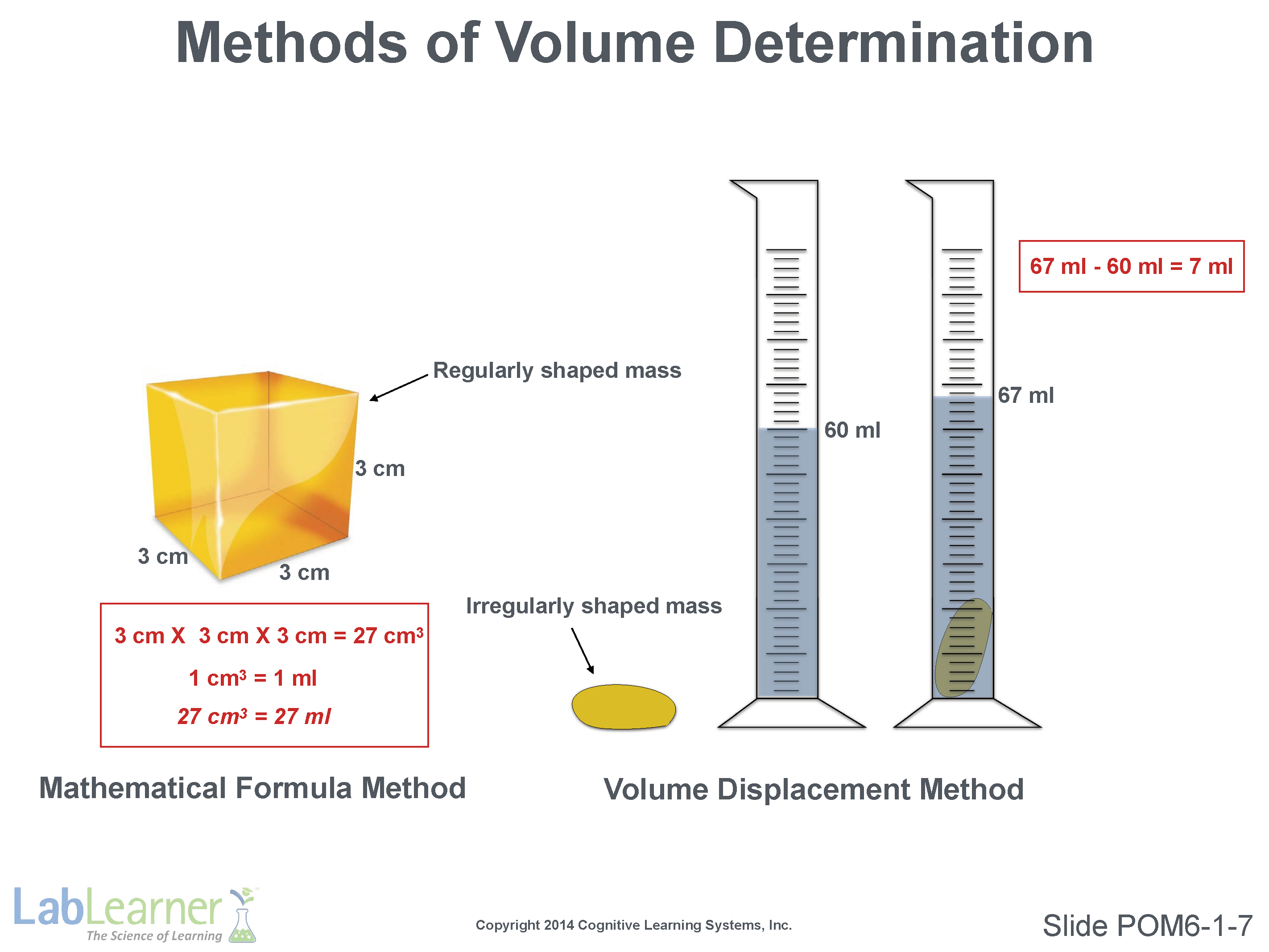